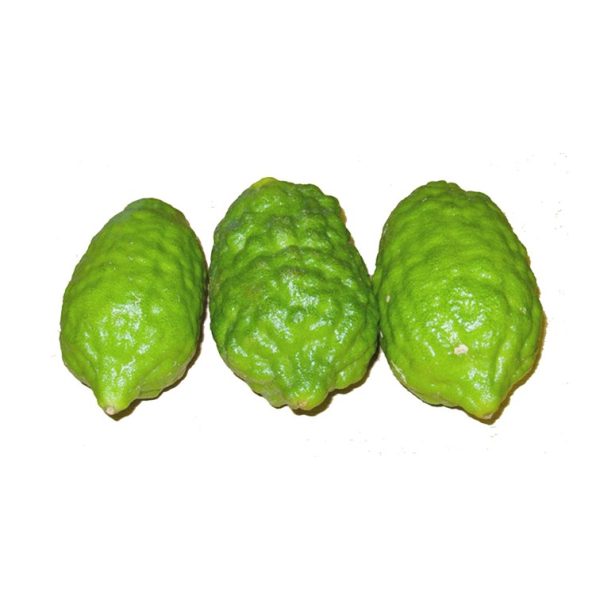 Jara Lemon/Jara Lebu is a very popular and exportable crop. Rusty lemons are a little different than ordinary lemons. People eat the bark of the lemon, not the juice of the bitter lemon. A lemon salad is very popular on the dining table. The characteristic of lemon is that its size is much bigger than normal lemon, one lemon weighs about two to four kg. Its skin is quite thick but the amount of juice is very little. The skin of the lemon has a special sweet smell. Consumers have a demand for a sweet taste. Pickles are also made from the peel. This lemon is exported abroad.

Expatriate Bangladeshis are the main consumers of this lemon. Currently, the demand for this lemon is increasing in all areas of Bangladesh including Sylhet region.  The market price of Zara lemon is quite high, the price of each lemon ranges from Tk 300 to Tk 400. In Sylhet region i.e. Goainghat, Jaintapur upazila of Sylhet district, Zara lemon is being cultivated.

Looks a bit bulky. Each one weighs one to one and a half kilograms. Retails at a bargain price. The bark is no less valued than the cow for its fragrance. People eat this  like a lemon. This fruit, which competes with lemons in the vegetable market during the monsoon season, is called Zara.

This rusty lemon from the Sylhet region has come out of nowhere. As a new variety was invented, the familiar pattern, shape and taste of Jaara also changed. The new variety of Zara lemon has been named ‘Bari-1’.

Corrosion has different shapes. The farmers used to name the size. There are 15 to 20 such names and varieties. Three types of corrosion were selected from those varieties. Bari-1 was invented from there. Corrosion of this variety is not large in shape. Very smooth and dark green color. The smell is also relatively high. This corrosion is now being exported to Europe.

Due to the favorable soil fertility and favorable weather conditions, cultivation of lemon is very old in the hills and hills of Sylhet. Jaintapur, Goainghat, Kanighat, Biyanibazar, Golapganj upazilas have about three hundred lemon orchards. Among them there are more than hundred gardens in Jaintapur. Farmers cultivate ‘Bari-1’  in Jaintapur’s Haripur, Shyampur, Haripur, Bagerkhal, Shikarkhan, Chiknagul, Umanpur, Panichara, Thakur Mati, Kalinanjibari and Goainghat’s Fatehpur, Banigram.

Six months of dry lemon season including the rainy season. In addition to the weekly market in Chiknagul, Haripur, Fatehpur, Salutikar markets, the direct purchase and sale of sorghum from the farmers is also carried out. From those markets, the vegetable markets at different corners of the city. However, prices vary from village market to urban market. Cultivars sell the lemon by Tk 50 to Tk 200.

The fertile land for Jara Lemon is in Halftracks

According to the Directorate of Agricultural Extension, the soil and climate of the hills and hills of Sylhet are suitable for the cultivation of legumes. Jaintapur Citrus Research Center has been conducting research on lemon rust for a long time. New varieties explored. The origin of Zara lemon is in the hills of Assam and Meghalaya, India, near Sylhet. There are many types of corrosion. Among them round corrosion, small corrosion and water corrosion are the most famous. In the Sylhet region mainly Guti and Pani Farmers cultivate Zara Lebu.

The skin of a rusty lemon is quite thick, but the juice content is very little. Pickles are also prepared with lemon peel. Expatriate Bangladeshis are special fans of this lemon. Currently, the demand for this lemon is increasing in all areas of Bangladesh including Sylhet.

The interesting thing is that lemon juice does not rust. However, its peel and the thick fleshy part below are delicious to eat. The price of a rusty lemon ranges from Tk 100 to Tk 800. Some eat it only as a salad, while others eat it with rice and curries.

Goainghat, Kanighat, Golapganj and Bianibazar upazilas of Sylhet have more than 300 lemon orchards. Jaintapur upazila also has hundreds of gardens.

A tree can produce up to 80 lemons with proper care. Farmers cultivate on fallen dune land. The cuttings from the tree branch yield in the first year after transplanting. It takes about 60 days from flower to edible fruit. Jara lemons collected in the months of Shravan, Bhadra and Ashwin grow larger in size. A tree can bear fruit for up to 15 years.